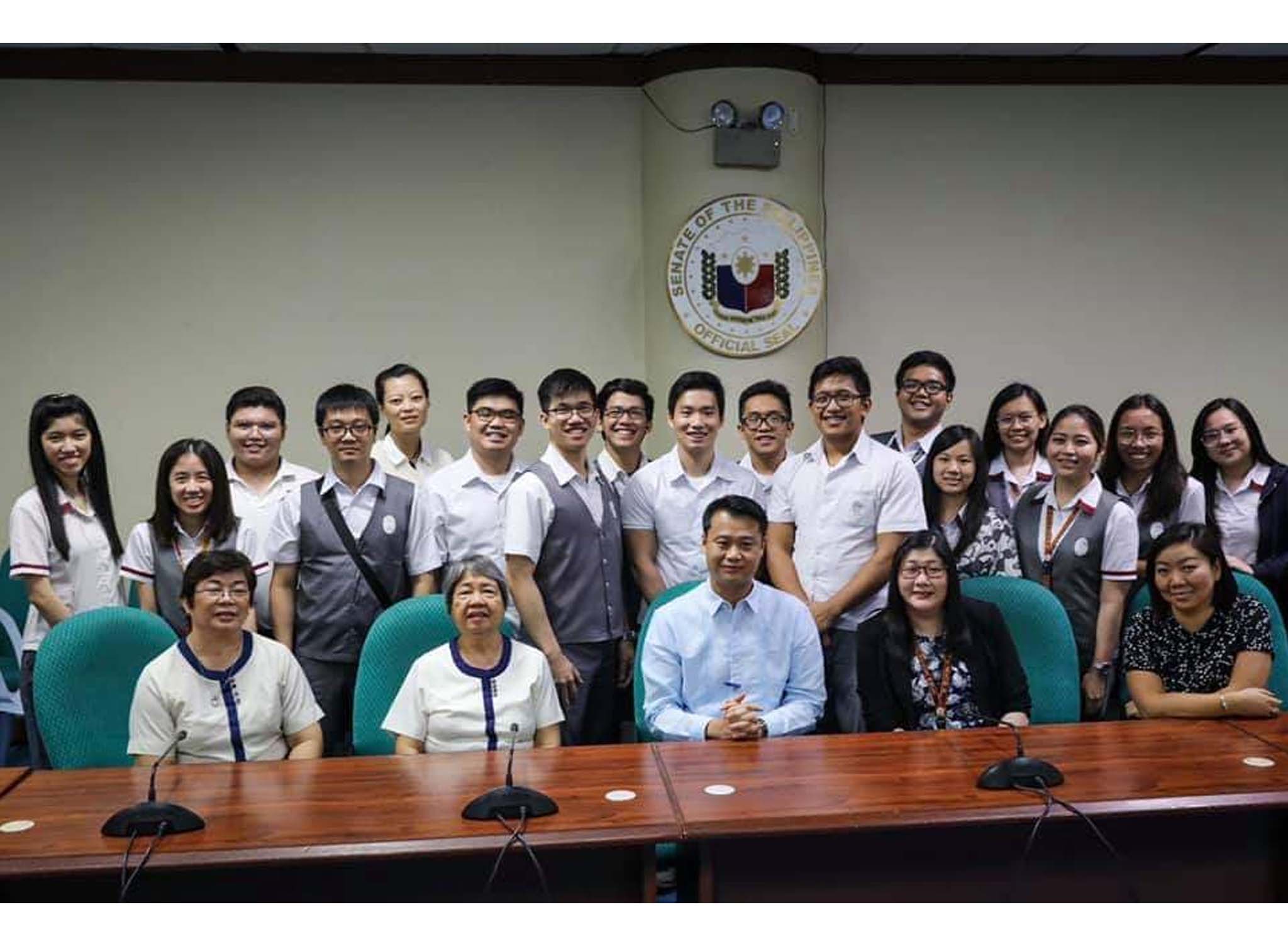 Graceans Meet at Halls of Senate

After going through the security check, the group had a guided tour of the Senate Museum. On display were portraits of Senate Presidents and memorabilia such as Senate Bills written in Spanish. Photo opps inside and outside the museum was followed by an opportunity to witness a budget hearing in one of the meeting halls.

The group was soon called into another hall where the Senators held their deliberations. One cannot feel but be “star struck” in the presence of men and women who crafted laws for the nation as well as to be reminded to pray for government officials. Sen. Pia Cayetano presented her position on “sin taxes.”

During the break, the group from GCC was called out for snacks – a special treat from Sen. Sherwin Gatchalian. Being a Grace graduate, Sen. Gatchalian took time to speak with the group and to give the students some words of encouragement. In his FB page Sen. Gatchalian writes, “Maraming salamat sa mga estudyante mula sa aking alma mater, Grace Christian College, sa inyong pagbisita. Manatiling masipag at mag-aral ng mabuti!”